Patriot is another manufacturer to have jumped in the SandForce bandwagon. Will its Inferno 120GB stand out besides other SSD based on the same controller?

Looking at the results, the Inferno scores even better than the previous SandForce-based solid-state drive tested, in general. It only really faltered in the Windows 7 boot test, where it was behind by one mere second slower, and the AS SSD benchmark... 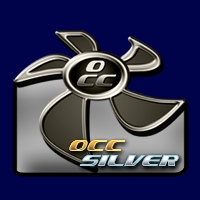 Since the SandForce SSD controller was introduced there has been a rush of drives on the market taking advantage of the increased speeds that the chip offers. The first round of drives released had a huge chunk of the storage area used for provisioning...

20% extra capacity (compared to other SandForce-based SSDs) ; 2.5" to 3.5" adapter included ; TRIM support for Windows 7 ; Price per GB better than most SandForce-based drives

The Patriot Inferno drive was a mix of decent speed with unwanted inconsistencies. There were too many ups and downs during the testing that could not give a definitive look at the performance. We have seen this with a few SandForce based drives in the...