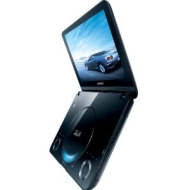 Samsung has failed me

When I think Samsung, I usually think of one of the best when it comes to TV's, they failed on this portable blu-ray player.

They should have made the screen support 3d ; No component outs ; Had to return first player within the first week stopped playing dvd's then blu-rays ; Now the second one doesn't want to play all blu-ray after several months

Gets really really hot after about 40 mins of use ; 3D support didn't work for me, tried updating both my 3D samsung tv and the player still didnt work ; If I figure this out will post back review but still get 4 stars if I get feature to work than 5...

value and performance relative to needs

wanted this because of my experience with 1st gen bd players and many gens of netbook (including one with external bd) this is a value compared to a toshi with bd due to the 150 dollar drive cost and doubled battery life on this unit vs going through...

samsung apps not release in america yet ; won't play all of your dvds (another player assumed) ; not super portable

almost there but no HDMI input

No HDMI input? So close to designing this right. Every portable DVD player has RCA or s-video inputs

Where are the Glasses

This is a well built machine very good picture good sound. Now here are the complaints the touch buttons are way to sensitive if you leave any dirt or grubbiness on the buttons it will press randomly thinkking you pushed it this is only avoidable if it...